This is a 3-minute quick read. It is a shortened derivative of this article: The Human Greed Pyramid, an Illustration of How Innovations Interrelates With Humans’ Consumption Patterns and Natural Inclinations, and How to Plot Innovation That Works on Humans http://bit.do/eKg2e 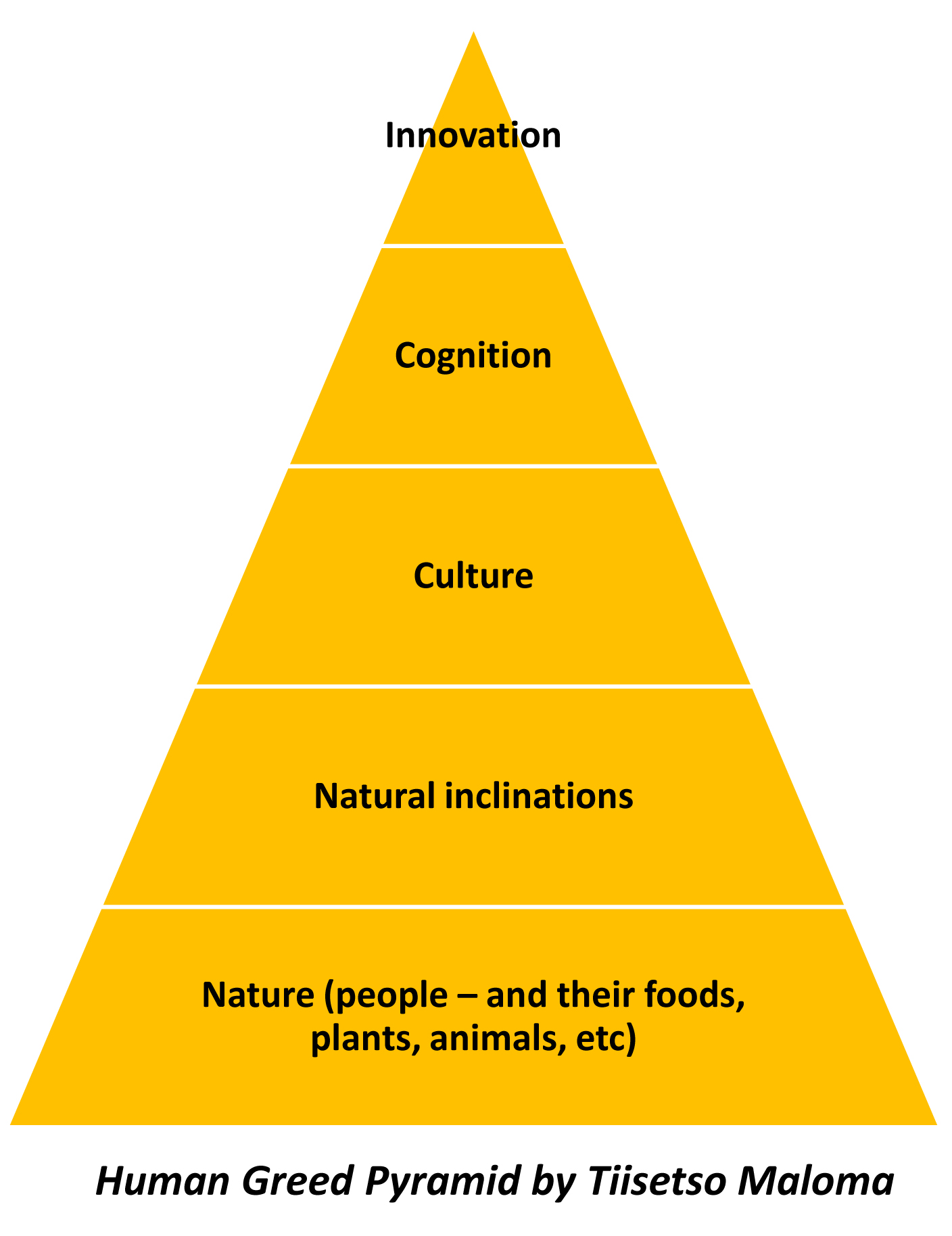 Innovation is competitive. Everyone, inadvertently – or not, is using a Greed Pyramid to have a following that hopefully produces results favourable to them, i.e. religious institutions, entrepreneurs, soccer teams, politicians, mining companies, etc. The result could be money, political power, creative superiority, technology, etc.

How can you use the Human Greed Pyramid?

Tiisetso Maloma in this regard is acting as principal at PsychHero™, a consulting agency in Business Enterprise Development, Innovation Analysis, and Consumer Behaviour Influence from an evolutionary, Neuro-Linguistic, individual and social lens.