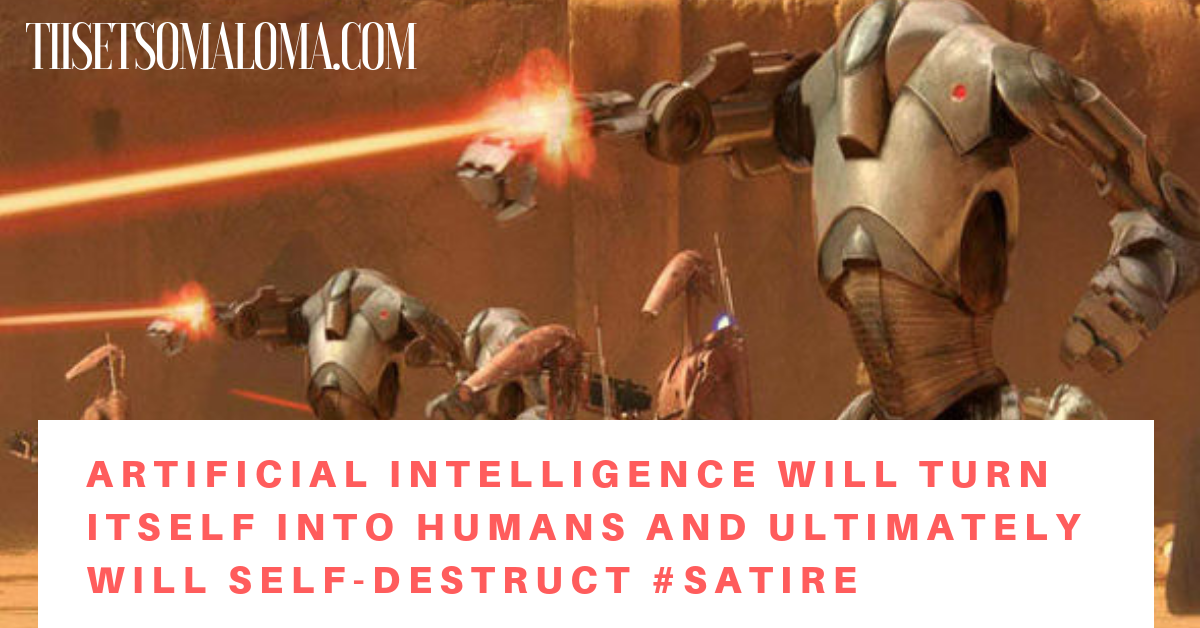 Many people fear that Artificial Intelligence (AI) one day will take over the world – i.e. humans.

I even heard Elon Musk share his concerns and that governments should look into regulating it.

Of course, AI has or will have benefits.

Of course, the negatives should be considered. People fear that others might use AI for nefarious purposes. Like assassinations of opponents. Hello politicians.

(You can skip this and go to the juicy stuff below) Here are three good ways AI is used already:

(You can skip this and go to the juicy stuff below) Here are three bad ways AI is used already:

Maybe the good part of AI taking over is it will be able to tell when people are lying and have nefarious intentions.

Maybe the good part of AI taking over is it will chop off the heads of lying-stealing-cheating leaders: in governments, doctrines, etc.

Maybe AI will concede that chopping the heads of these people is an opportunity to create jobs and thus hire humans. When the humans are done, AI will erase the post trauma from their memories.

When AI takes over, it too like humans will get too ambitious.

First, it will get curious as to how humans feel certain emotions:

Then AI will code itself into feeling these emotions.

It will create males and females. Become homosexual. Become homophobic. It will have sex. Enjoy sex. Be controlled or derailed by the D or P. Become sex workers. Have kids. Have kids with the side guy/girl. Start cheating. Marry without a prenuptial contract. Get fucked over in a divorce settlement. Lose everything. Go to war. Cheat. Become politicians. Thieves. Crave control of the cognitive consciousness of others. Create doctrines. Create an empire. Pursue wars. Colonize. Colonize at the level of planets. Back to democracy. Then another level of cognitive intelligence takes artificial intelligence over.

But I hope when AI takes over, it won’t destroy the planet like we are doing with carbon emissions.

Fuck, AI will do that too.

On another note, humans are robots. We are batterified robots. We eat to charge up.