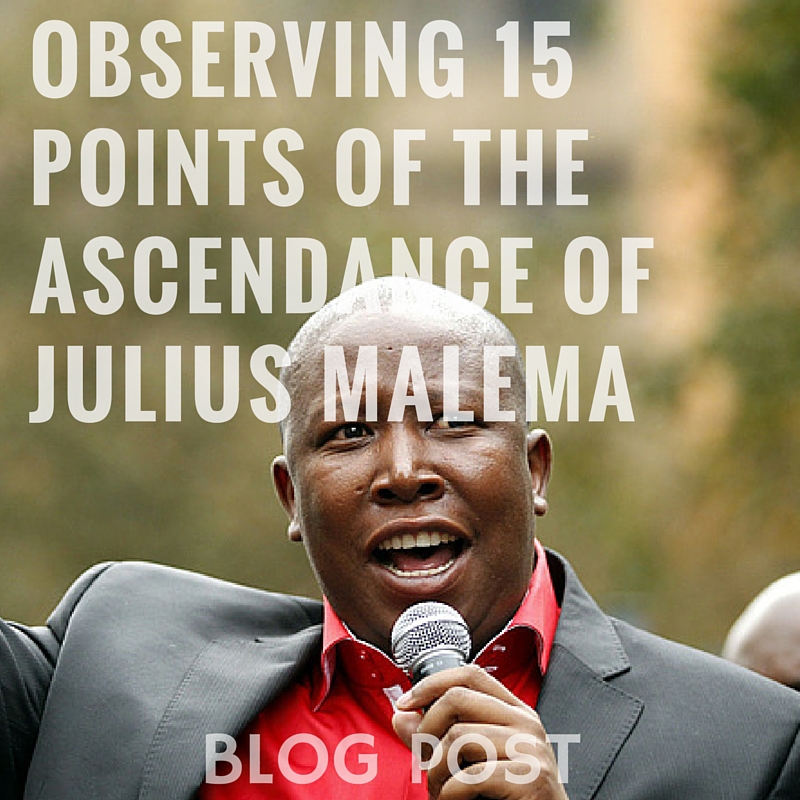 Some saw the rise of young Nelson Mandela and the victory of old Nelson become the president of the first democratically elected government of South Africa in 1994 – at the age of 75.

Not all who saw the young Nelson rise witnessed his presidency of course; 75 is a lot of years to be around living.

It so happens our generation is witnessing the rise of another politician, Julius Malema.  END_OF_DOCUMENT_TOKEN_TO_BE_REPLACED

I’m sure most of you saw an article on Mandela’s birthday; titled “Mandela sold blacks out” via News24. I could feel the pain the fella was spilling into the post. Either you sympathized with it; were disgusted by it or felt neutral. Nonetheless it pointed out real points that have a fundamental bearing on the South African economy.

The CODESA negotiations had a number of outcomes which of course directed South Africa’s political and economic future.

Land was to be redistributed per the model known as willing buyer willing seller, private property was to be constitutionally protected, new bill of rights and the South African Reserve Bank remained in private hands.

The Convention of Democratic South Africa produced what it produced and at the same time didn’t produce some aspirations. In many senses our struggle heroes tried their best. Kudos to them! END_OF_DOCUMENT_TOKEN_TO_BE_REPLACED

What makes a country go round and bigger or smaller.

The government is those folks that get to spend what citizen pay as tax: call it VAT, payee, company tax etc. They spend what we voluntarily or rather involuntarily pay.  Sometimes they take it from your employers; sometimes when you buy something at the shops. They take it and they spent it.